July 22, 2019 -  The municipality of Alegria in Surigao del Norte identifies an alleged Tanguile (Shorea polysperma) to be the proposed centennial tree of the locality. 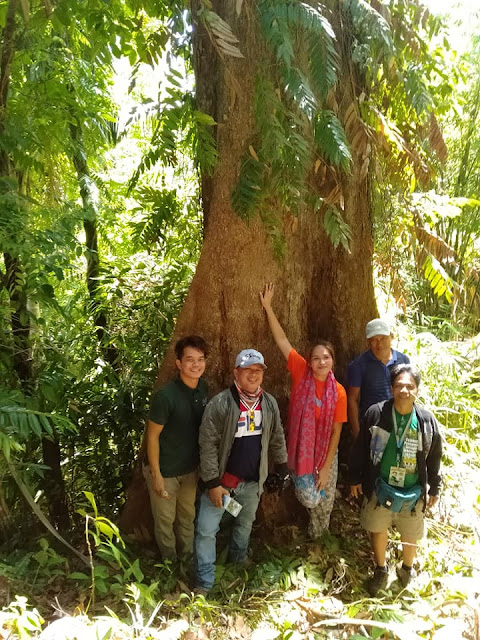 Together with team from DENR-CENRO Tubod, Municipal ENRO Omar Barillo conducted an ocular site visit and investigation to the Tanguile tree found at the upland area of Barangay San Juan. Barillo said that such tree will eventually be opened for public viewing upon local declaration. The tree has a dbh of approximately 140 cm.

Meanwhile, Municipal Tourism Officer Luniza P. Garrido revealed that such discovery of a unique huge tree will boost sustainable eco-tourism aspect of the town which the present administration under the leadership of Municipal Mayor Rene G. Esma who aspire to develop and sustain it for the benefit of Alegrianons. 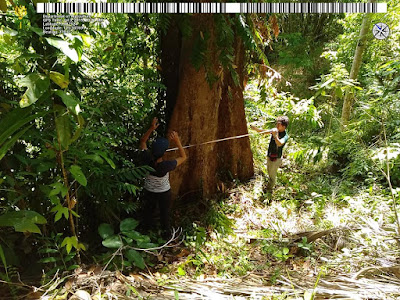 Posted by alegriasurigao.blogspot at 12:34 AM 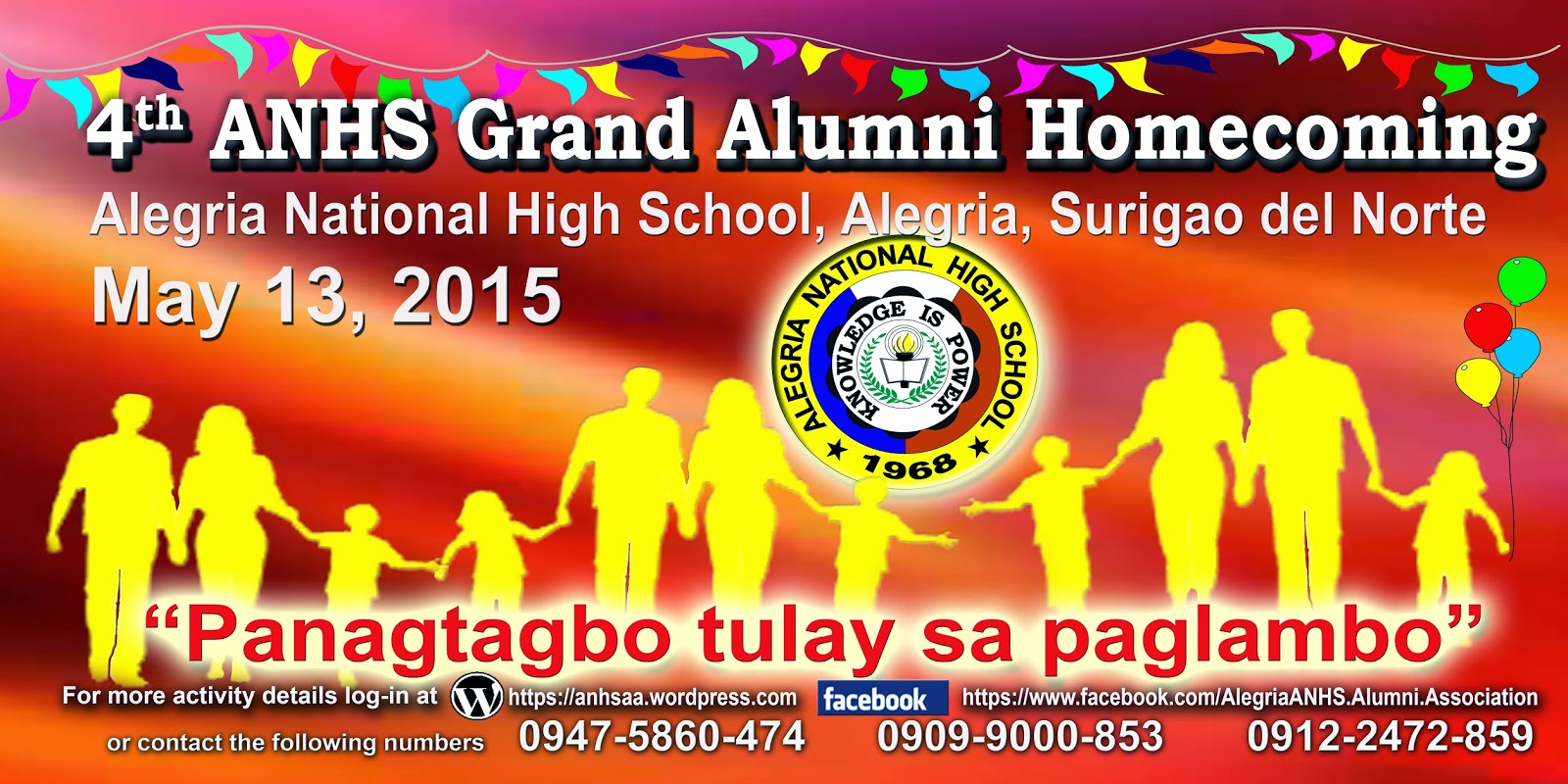 ANHSAA President Liborio Zamora III along with the officials formally declared on a meeting on April 12 that the grand alumni will be push through despite of short period of preparations.

The grand alumni will be one-day activity to be held at ANHS campus in the morning and the night events will be held at the Alegria Community Stage as proposed by the officials per request of Mayor Dominador Esma, Jr.

It will be started with a motorcade in the morning to be followed by opening program and general assembly meeting. There will be some activities in the afternoon’s fellowship per batches including the supplemental food giving program to some identified day care children.

A 60 million pesos worth of tourism development project in the Municipality of Alegria has already started on March 2015 by the JMT Construction.

Municipal Planning and Development Coordinator Edipolo Mosquito, Jr bared that the project entitled “Improvement/Construction of Junction National Road Leading to Lumondo Waterfalls and Eco Park Road” is a grant project under convergence fund from the Department of Tourism (DOT) and Department of Public Works and Highways (DPWH).
“The project will be expected to develop one of the priority tourism sites of the town by improvement of road system with a total length of 3.03 kilometers from the junction national road to Alegria Integrated Transport Terminal toward Barangay Budlingin Lumondo Waterfalls and eco-park and to be completed within 150 calendar days,” said Mosquito.
Mosquito further revealed that such tourism development project proposal was packaged since 2012. They expect to have the project early in 2013 or 2014; however the DOT inform them that such budget was not included in the previous years’ appropriation act.
Meanwhile, the peoples of Barangay Ouano residing along the current provincial rough road are very happy with the inception of the project implementation since it will make them very accessible and comfortable of transportation soon free from lumpy and dusty road anymore once it will be completed. However, some are also sad especially those residence affected by the road improvement and widening. (Johny S. Natad)
Posted by alegriasurigao.blogspot at 10:19 PM

A 60 million pesos worth of tourism development project in the Municipality of Alegria has already started on March 2015 by the JMT Constru... 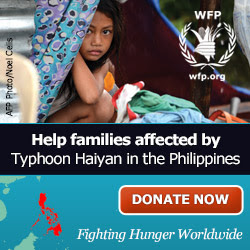